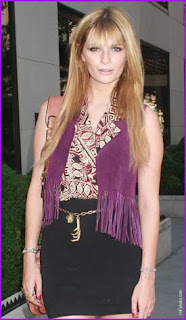 Ms. Barton has been lambasted in the press recently for her fashion choices, not an insignificant amount of which include some element of fringe.
As New York Post Popwrap blogger Jarett Wieselman stated so eloquently: "Bejesus Barton, you're starting to make me feel like Regina George, but I must persist. Stop. Trying. To. Make. Fringe. Happen. It's not going to happen!" Go to http://blogs.nypost.com/popwrap/archives/2008/06/mischas_style_i.html for the full scoop.
Maybe Mischa wants to get the credit for this trend, but it was clearly in the ether (and on numerous runways, as you will see below!) already: 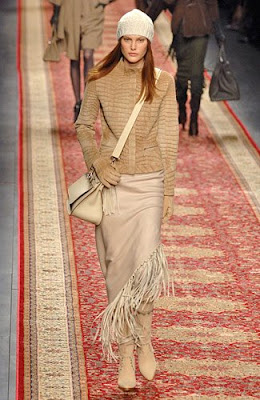 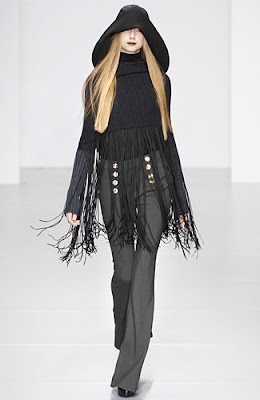 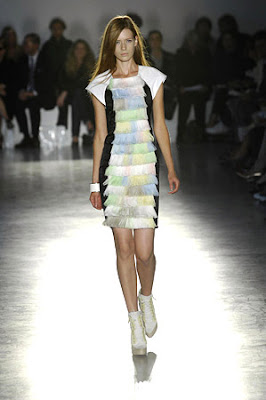 Jonathan Saunders
(this one is CC's personal fave!) 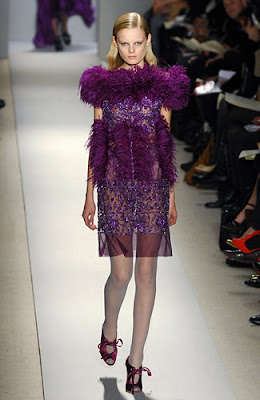 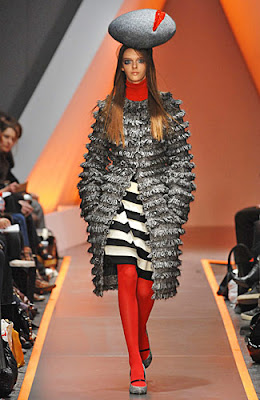 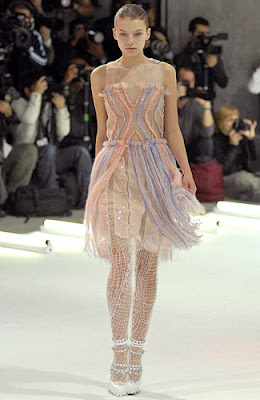 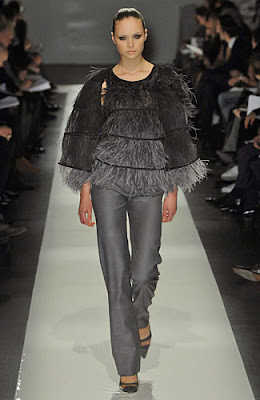 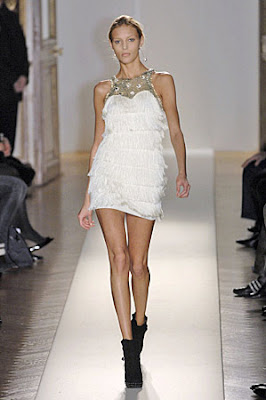 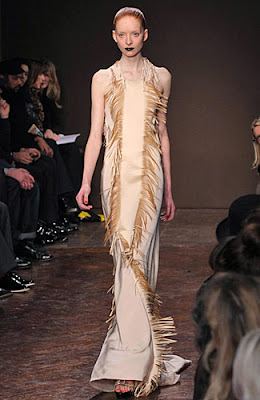 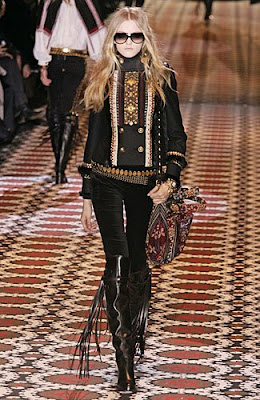 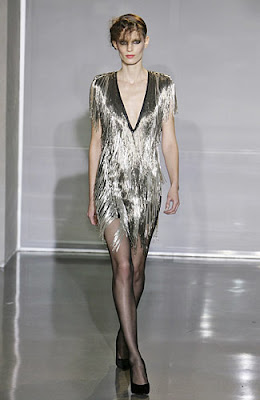 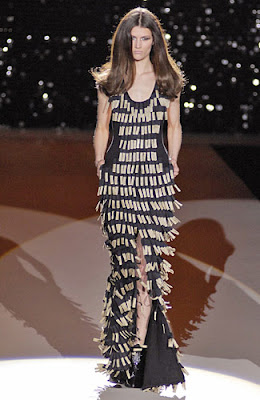 Temperley
All runway images in this post via nymag.com/fashion. 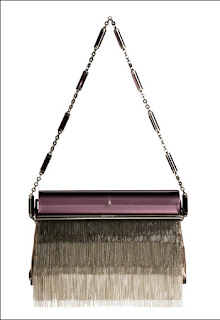 Despite the OTT ridiculousness of several of the above confections, I still believe that fringe can be done tastefully, as with this Salvatore Ferragamo metal fringe trim bag, pictured at right courtesy elle.com.
Before you leave the house, just assess: is it classy, understated, and inoffensive? If you answer a resounding "yes" to all three, live on the fringe!

What do you think, ladies? If money were no object, would any of the looks above be in your repertoire?
Posted by Couture Carrie at 11:44 AM

Carrie! I LOVE your blog, and thanks for commenting on the shoe post I wrote on Friday... I think I am going to get the black ones, and I'll be sure to post outfit pictures when I do!

Hey - thanks for stopping by my blog! Love yours.

haha. i loved the mischa quote!
im not sure about fringing yet. it has yet to grown on me... :)

Jessie - what a sweet and genuine compliment :)
Jozette - ditto!
Molly - that quote had me practically dying laughing, and I am with you on the fringe...
Smooches and a happy Sunday to all, CC

i am digging the fringe right now, but i think Mischa's going to the extreme, that Balmian fringe dress is hot!great post =]

thanks for your comment! brought my to your fantastic blog :)

i have to say fringes can look good- but i dont like it that much. it looked good in 2 of the images- mischas vest is not at all my taste-too much country.. to much lilac/purple..

wish you a great day

Oh I got to say, I love a bit of fringe - but i'm with you on the Mischa outfit, I like flapper style fringing not country and western, yee haa stylee fringing!!xx

I don't mind some fringe, but Mischa just never gets it right!

I am not such a fan of fringe to purchase any of these.
I get it - it's hippie and all but it doesn't work on EVERYTHING
It's cute on boots and bags and that's it, in my opinion... To each their own.
If money were no object, I'd still buy something ELSE!

im totally digging the white and silver dresses *sigh* its so glam! w/ an 'edge'!

Although I like fridge dresses, I don't see myself following the trend anytime soon ... and I really can't stand Misha Barton (sorry to those who like her) ... great post, as usual :)

I appreciate the 20s/30s flapper girl type fringing as it is a stylish look, but I'm not too keen on the 70s wild wild west type fringing - too boho for me.

i love the jonathon saunders outfit. It's not over the top fringe but yet looks chic and classy. gorgeous!

nice blog. fringe works way better on the runway than on mischa, no offense to her! but good for her for trying

LOVE the Jonathon Saunders one too. Ur right about fringe too, it's soooo not going to happen! Love her hair-fringe though!!

Most of the outfits are seriously amazing. I don't think fringes necessarily equal tackiness. PURPLE fringes, however, are so... well, not appealing to me. I am sticking to the fringed bag for now, let's see what happens:))

I love the looks from the runway, but not the way Mischa is wearing it.

Well, it appears that we fashionistas have reached a near-consensus. While some of us applaud Mischa for trying, we feel she is way OFF with the purple fringe. But when done tastefully and in small doses, fringe has the potential to be classy. Think FLAPPER rather than hippie. Thank you all so much for your comments . . . they make my fashion world go round!

The Giles Deacon dress reminds me of a centipede :)