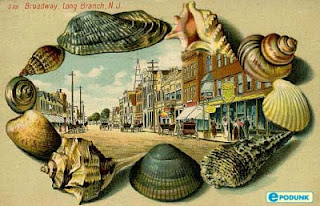 I don't normally devote my posts to things other than runway style, but I feel that my interest in fashion derives, at least in part, from my Dad, who died of kidney cancer nearly seven years ago. So, here are some things I remember about my father . . .

He always wore a plaid bathrobe to fetch a steaming mug of black coffee from the kitchen before heading up to take a shower.
He was never one of those "embarrassing dads"; he knew the right thing to say, wear or do at any given moment. My father sported pink button-downs and pressed khakis before anyone had even uttered the word "metrosexual".
My Dad understood my interests and helped me to explore them. He bought me my first Spanish/English dictionary and helped me finance a semester in Salamanca when I was in college. He studied French at the University of Virginia before going to Vietnam.
He loved the beach. He always wanted to own a boat, but the closest he ever came was watching them sail by from the beach at the Elberon Bathing Club, which became his summer stomping grounds in the late 1980s. He taught all five of his kids to swim and bodysurf. When I cut my foot on a razor clam in Cape Code when I was five, he carried me all the way to the emergency medical care center, where I got seven stitches. 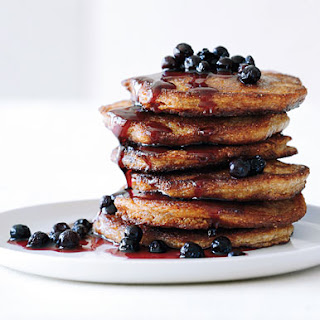 My dad made food taste better. He had a couple of specialties, including buttermilk pancakes with real melted butter and pure Vermont maple syrup, pasta a la carbonara, and perfectly cooked steak. No matter the time of year, my father grilled. The deck would be completely iced over and he'd be out there in a parka and boots, grilling by flashlight.
Everyone who met my Dad loved him instantly. He had a winning smile, a hearty laugh, and an approachable, charismatic way about him. I guess that's why my mom fell for him (and dumped her then-fiance) when they met in Hong Kong during the Vietnam War. My mom was a Donut Dolly with the Red Cross and my dad was a G.I., and they had gone into the city during some "time off" to visit one of the famous Hong Kong tailors. I did not learn until quite recently that it was custom clothing that brought my parents together all those years ago; I suppose this knowledge has helped to crystallize (or at least legitimize) my obsession with fashion. Thanks for reading, lovelies, and the best to all fathers everywhere.
Photo credits: epodunk.com; epicurious.com
Posted by Couture Carrie at 11:42 AM

Aw, it sounds like your father was so nice! He would be so happy to know you wrote about him in your blog so that people from all over the world could know what a lovely person he was.

I hope he's in a better place, and I'm certain that he's watching over you.

Thank you Raspbery, darling. Your words are so kind; you are wise beyond your years and empathetic as well. Hope you get to give your Dad a hug today :)

He's actually working... somewhere at Brazil or Venezuela. But I will definitly think about your words when I see him again!

I love the frilly D&G dress. And the Pucci top!

I like him! He sounds like a great person, husband and father. I'm sure you realize so lucky you had a father like this, Carrie. I hope he is in a better place now... and btw, I love that I saw such a personal touch in your fashion blog, very different from most of the fashion blogs I encounter every day.

Mi, I almost cried when I read your comment today. I am so glad to be able to share something so personal and have it be well received by someone as kind as yourself. xoxox CC