That is SOOOOO SATC! 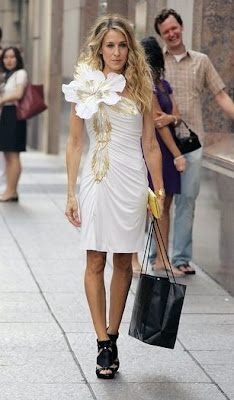 As former Supreme Court Justice Stewart once said in a concurring opinion about obscenity : "I know it when I see it." We can all spot a Sex & the City-inspired piece a block away, for better or worse!

Or, as Karen’s maid, Rosario, put it in an episode of Will & Grace (on rejecting a pair of pumps at Bergdorf Goodman): “Nah, too Sex & the City”. 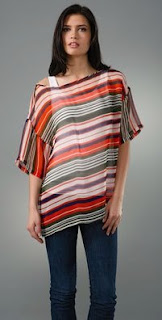 Whether it’s a compliment or an insult, we can’t help but reference the Patricia Field-esque fashions in our midst. And with the SATC movie coming out in just a few months (yay! I am first in line for that one!), I simply must take note of Carrie's Fashion Legacy. She is my namesake, after all!


Here are some of Carrie's Signature Looks: 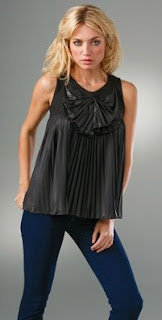 And see the left hand column of CoutureCarrie for more still shots of SJP in character, courtesy HBO.

Couture Carrie very occasionally accepts money for blog posts. In such a case, "CC sponsor" will be specified. All giveaway products are sent directly from the purveyor to the contest winner. Occasionally, Couture Carrie receives products as gifts for review. Original material contained on CoutureCarrie.com is proprietary and should not be used without Couture Carrie’s consent.