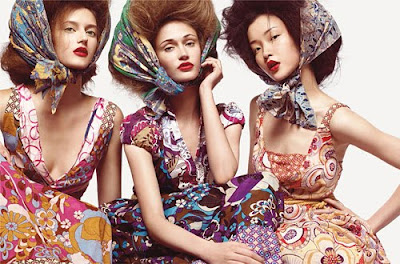 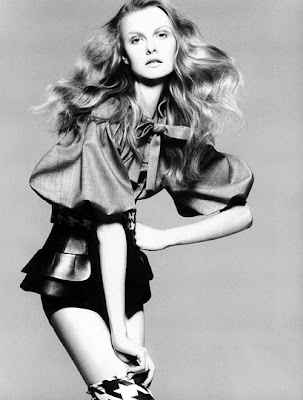 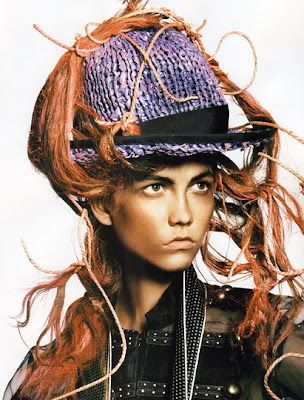 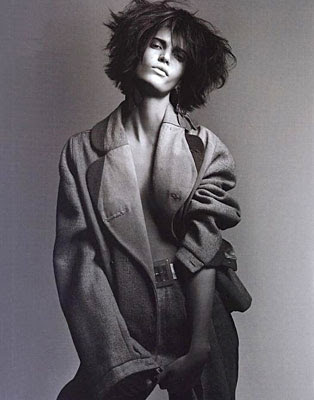 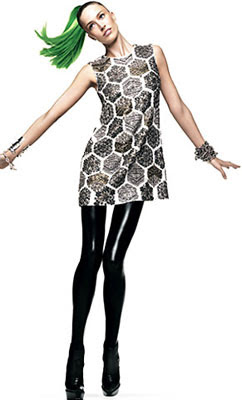 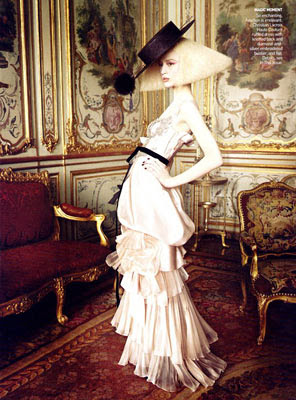 Vogue, October 2007.
Which shot is your fave, darling?
xoxox,
CC

Posted by Couture Carrie at 9:19 AM

Love the images! He has an amazing eye!

Congrats to the winner! Gorgeous photos, my fave is the one with the model with the green ponytail :)

i love these photos! inspires me!

Oh, I would have to say my favorite is the lovely three maidens in scarves. Beautiful images! Have a lovely Sunday. =)

Fantastic photos!! I'm loving them all!!

Heck yes, absolutely love that first photograph! Hope you're having a beautiful weekend :)

I looove the very first photo! And congrats to the giveaway winner, of course :)

By the way congrats to the winner!

The dresses on the first picture are perfect!

That last picture is so fabulous! Have a great Sunday!

the first picture's dresses look like the liberty of london..

The hair in all these photos are amazing, and the overall texture of the shots are as well.
Libby
http://fashionconfectionairy.weebly.com

i love all of the hair in these.
theyre so beautiful doll.<3

The Vogue shot is definitely my fave!

well done to the winner - fabulous post as always xxxx

Awesome clothes! This is why fashion is art.

The Benneton ad is my favorite.
Congrats to the winner!
Hope you're having a great weekend!
xx

intense ! so powerful!
i love!

What an amazing talent, thanks for sharing his beautiful work here!

Love these pictures, as always! Hope you're having a great weekend!

Wow, so great! The first French Vogue image and last Vogue one are my favorite.

I'm kind of obsessed with these photos. Especially the first one. Sigh.

I hope you're having a magical weekend, CC! xoxo

I love the first photo.

LOVE these, excellent way to round out the weekend...

Fun hair haha! Hope you had a fabu Sunday =)

It's difficult to pick a favourite, darling! ;-)

I adore David Sims work! my favourite is the Vogue shoot from 2007 and also the Balceniaga ad campaign he did.
X

These photos are so fun and colorful! Congrats to the winner :)

The second shot is perfection!!!

the last one is my fav!

the second one!
x

Congratulations Allison! Ooh, I'm slightly obsessed with French Vogue, May 2009. I can't help but to think of Oliver Twist! :)