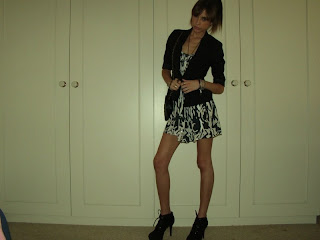 Congratulations to Aussie style sensation and Fellow Fashionista LoveMore, randomly chosen this morning as CC’s Stockingirl tights Giveaway Winner – see her Fash-Lib below, and one of her fab looks at right!

LM’s version:
Wowie! It’s Fashion Week! I am amazing with anticipation! Wearing my Sass & Bide skirt and William Rast blazer complete with YSL gladiators and toting my fabulous Miu Miu bag, I proceed brilliantly to the Erin Wasson tent and take my seat in the sixth row next to Kate Winslet. She looks RAD in head to toe Ohne Titel, but not as good as Bruce Willis! Fashion week is the hottest!

CC thanks all her Fellow Fashionistas for playing, and for your continued interest and support!
xoxox,
CC
Posted by Couture Carrie at 10:54 AM

Hahahah, this is fantastic, darling!

you are the best! aw i am actually so excited i can't stop smiling!!!!! hahaha this is so fun and YAY YAY YAY is all i can right now :)

thanks so much...and yes Bruce Willis is looking so fine! hahaha how hilarious!

you are fabulous miss, thanks so much again!! put my pic up and everything..you are too sweet my love. i am totally GUSHED and blushed for that matter.

much love and kisses LM xxxxx

What a nice and funny game, gorgeous you.

Congratulations to the winner!!!!

thank you Janet :) and thank you again to CC for being such a great blogger and providing us all with such inspiration every day..we love you xx

ha ha, that is great--nooooooow it makes sense :-)

The result is supercool ;D

congrats to thew winner, and oh am so jealous that you are at the fashion week--so want the ysl too :)xoxo

What a great game, darling!
Congrats to LoveMore!
Oh, by the way, congratulations...you won an award!
Check out my post for details!
xoxo

Your posts are always so innovative and enjoyable to come to. Even though I am not a fashionista, I love to dress where even women give me a second and a third look, just to discover later that they were really not making fun of me ! ha! ha!

This is a sweet game! You keep things interesting in the name of couture, I cannot wait for your red carpet ensemble! Or do you have it already posted???

Mine was almost comprehendible lol! Great game! I must say though, if the game were true you would have even more fabulously dressed blog visitors at fashion week.

She seems to be so much fun!
Congrats!

a kiss and a hug!

And I'm so excited you liked one of my collages and used it, it's an honor!

Many congratulations to the winner... !! xo

oh, im sad i missed this!
you must do it again sometime so i can join in :)
mxx

cc what a great post. i nearly fell off my chair laughing at the answers i gave when they were matched up with the sentences.

for example sitting next to rachel zoe......in the 13th row! ha! she would never let that happen. :)

so that's what that was! that is really cool!

I'm sorry I missed this. It looks like a lot of fun! Thankyou for the lovely comment.

That was one fun contest!

Love the game! and congrats LoveMore!

Congrats to Lovemore and thank you so very much for the comments and link! Have you see the "100 years of fashion illustration" book? I think you would love it.

That is so lovely, what a nice little competition!

hahahah this is hilarious!

I can't believe I missed out on doing this!! What fun, I can't wait til the next one :~)

Congrats Lovemore!
What a wonderful idea CC! I just put togethor what my lib would have been and it's so fun.
Hope you are really enjoying fashion week, and I can't wait to see what else you have in store for us. <3

Great stuff! That's how it worked!!

Congrats!!
The Libs was hilarious :)

ahhhh NOW I get why you asked for those! brilliant! x